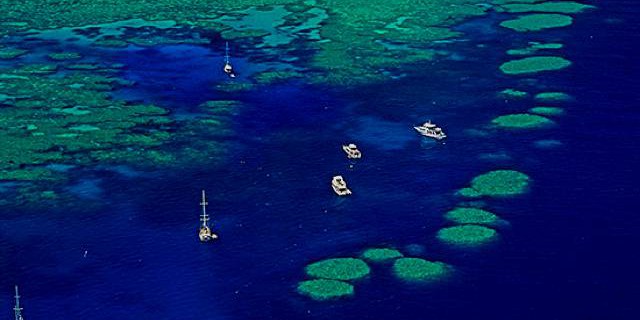 Airlie Beach, a quaint tourist town half way between Brisbane and Cairns in far north Queensland, is the gateway to the Whitsunday Islands and some great diving.

The picturesque archipelago consists of 74 continental islands, undersea mountain tops, most of which are uninhabited. Some of the uninhabited islands are accessible and are great bush walking destinations.

The island group got its name from the Whitsunday’s Passage named by Captain Cook on his 1770 discovery voyage of Australia. He thought it was the day of the Whitsun or Pentecost feast but it was actually simply Monday being prior to the establishment of the International Date Line!

The Whitsunday Islands is Australia’s most popular sailing holiday destination. Famous for Whitehaven Beach and its resorts on Hamilton Island, Hayman Island and many others.

Bait Reef is located on the edge of the Coral Sea, 65 kilometres (40 miles) from Airlie Beach in the Great Barrier Reef Marine Park. It’s a great example of the breathtaking diversity of the reef’s marine life.

The trip out to Bait Reef through the islands is absolutely spectacular. Some of the dive charter vessels are motor-yachts thereby combining diving with a fantastic sailing experience.

South East Bait Reef is best as it is protected from the seasonal cyclones, which come in from the north. Divers can experience spectacular coral-encrusted walls and shallow, untouched coral gardens in pristine condition due to the isolated location.

Aside from the spectacular wall reaching the sand at around 40 metres (130’), there are underwater caves, canyons and swim throughs.

The fish life is plentiful, large schools of bait fish attract pelagic fish such as giant trevally, weighing up to 20 kilograms (40lb), in schools of 50+ fish.

There is nothing more exhilarating than to be inside a huge silver fish spiral!

Many species of turtle can be encountered, along with manta rays and humpback whales on their regular seasonal visitors.

Night diving on Bait Reef amongst the giant trevally is absolutely mind blowing. These awesome fish literally hunt small fish lit up by underwater torches, right over the diver’s shoulder.

Bait Reef is truly one of the Great Barrier Reef’s most under-rated dive locations. 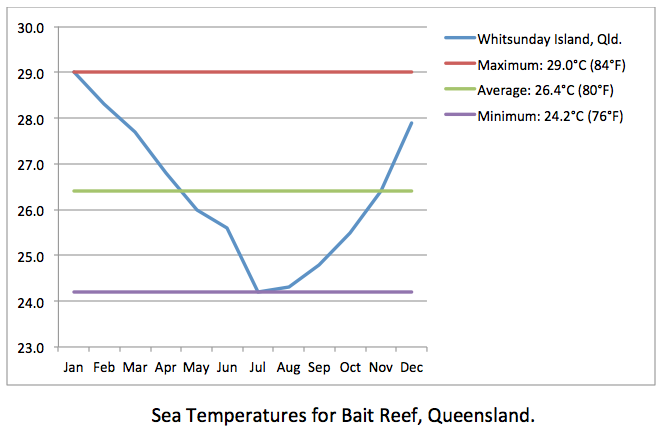 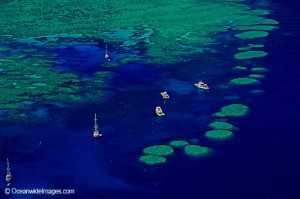 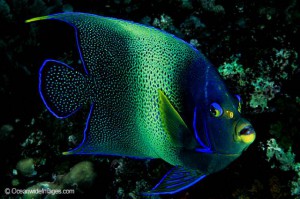 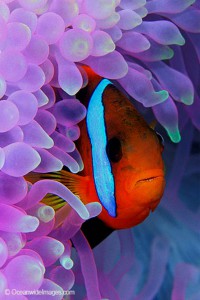 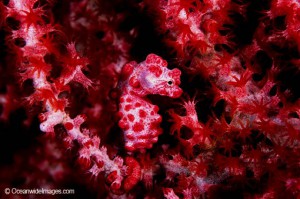 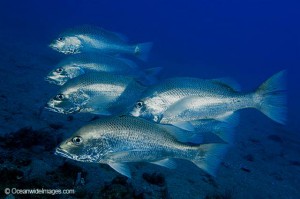 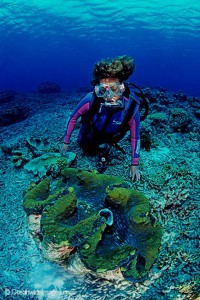