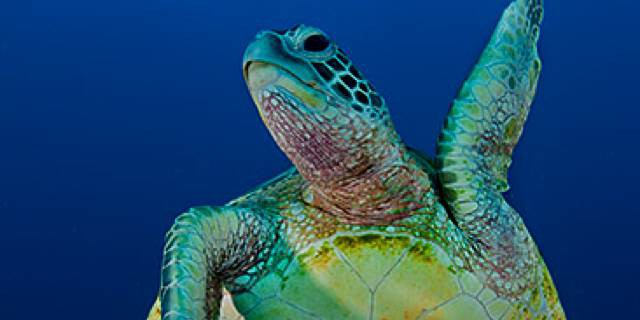 Raine Island is the world’s largest nesting rookery of the endangered green sea turtle, Chelonia mydas, and has been used by the turtles for over 1,000 years.

A small coral atoll just over 600 kilometres (370 miles) north west of Cairns, Raine Island is only accessible by live aboard vessel.

The only structure on the island is a navigation tower built by convicts in 1844. It is the oldest colonial stone building in Queensland. The tower was constructed as a result of numerous ship wrecks, including the HMS Pandora in 1791, carrying the Bounty mutineers.

During the main nesting season which runs from October to February tens of thousands of green sea turtles come ashore to lay their eggs. Some migrating over 2,600 kilometres (1,600 miles).

Raine Island is also a nesting site for 16 species of seabird, including the endangered Herald petrels and the vulnerable red-tailed tropic bird. Some seabird species found on Raine Island are not found anywhere else in the Great Barrier Reef World Heritage Area.

Female green sea turtles reach breeding age at around 45 years and lay around six clutches of 60-150 eggs every 12 days. They only lay eggs every two to four years.

Incubation takes 100-150 days and the temperature of incubation determines the sex of the offspring. There are over 12 millions eggs laid on Raine Island each year, approimately 10 million hatchlings, of which one in a thousand reach maturity.

Green sea turtles are the natural prey of tiger sharks and consequently, divers are likely to encounter many of these magnificant sharks. 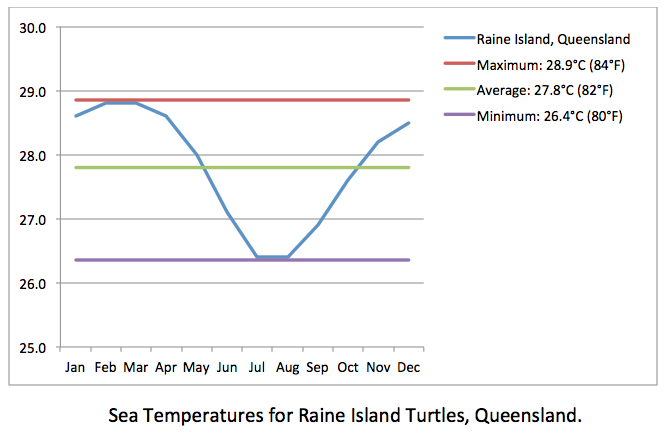 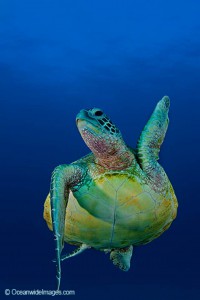 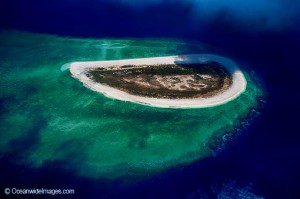 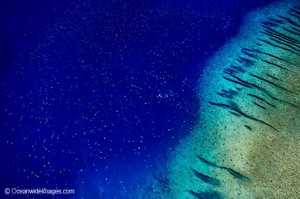 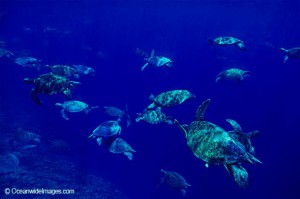 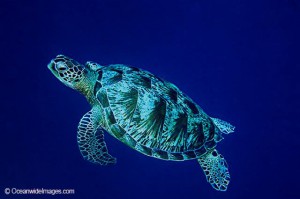 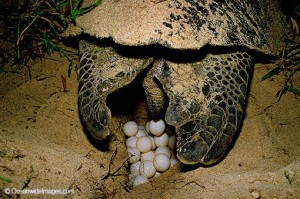 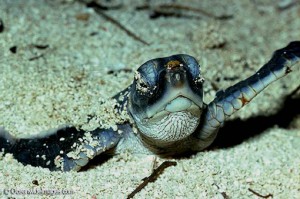 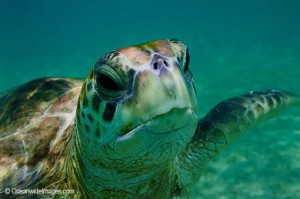