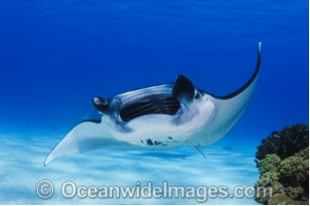 Manta Ray Bommie on North Stradbroke Island is a cleaning station for the magnificent and graceful reef manta ray, Manta Alfredi, and the world’s largest aggregation site of leopard sharks.

Leopard sharks, Stegostoma fasciatum, also known as zebra sharks can grow to a length of 2.5 metres (8.2’) and are quite harmless. They are nocturnal and spend their day on the sandy bottom and are easily spotted.

North Stradbroke Island, ‘Straddie’ to the locals, just off Brisbane, is the world’s second largest sand island. Fraser Island, just to the north, is the largest.

Tourism and sand mining are the island’s main businesses. Sand has been mined since 1949 and there are now moves for the sand mining to be stopped.

Off the north end of the island there is a series of rocky reefs amongst the sand, including Manta Ray Bommie, obviously named for its mantra rays. It is used by the mantas as a cleaning station to rid themselves of parasites.

Manta Ray Bommie also offers an incredible diversity of other marine life; grey nurse sharks, wobbegongs, bull rays, eagle rays, schools of pelagic and reef fish, plus an amazing array of coral, nudibranchs and other invertebrates to make the bommie a memorable dive at any time of the year.

Lucky divers may even meet dolphins and migrating humpback whales over the winter months.

But the main attraction for divers on ‘Straddie’ is the visiting reef manta rays and leopard sharks from November to May each year.

Manta rays, also known as devilfish or devilray, are large pelagic filter-feeding rays belonging to the genus Manta. There are two known species: giant oceanic mantas, Manta birostris, the larger species reaching seven metres (23’) and reef mantas, Manta alfredi, which grow up to up to 5.5 metres (18’) across. Unlike their stingray cousins, mantas do not have a stringing barb.

Scientists have fitted mantas with radio transmitters and tracked them for over 1,000 kilometres (620 miles), noting they reach depths in excess of 1,000 metres (3,300’).

Mantas are listed as vulnerable and gained international protection in 2011. Their major threats include entanglement in fishing nets and pollution.

Often accompanied by one or two remoras (sucker fish) on the underside, mantas generally travel alone or in small groups of up to seven. They have been seen in groups of up to 50 at Manta Ray Bommie.

Diving with these magnificent gentle gliding creatures is an awesome experience. They are unafraid and curious and can come into very close proximity – many divers have face-to-face encounters. 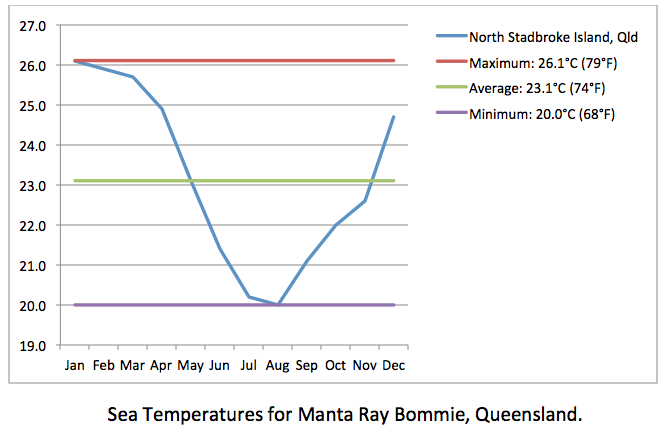 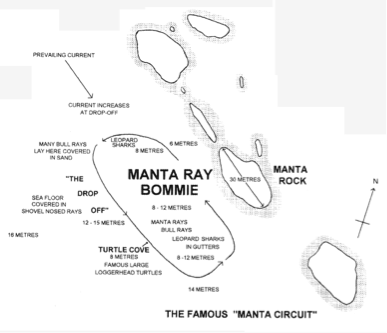 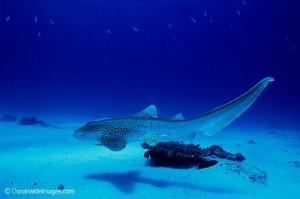 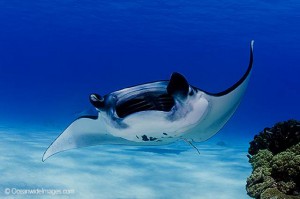 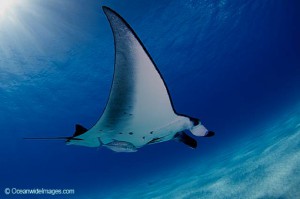 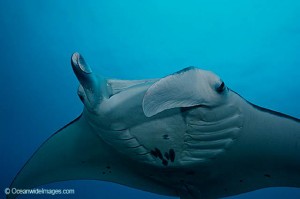 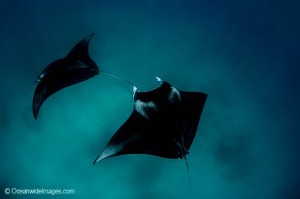