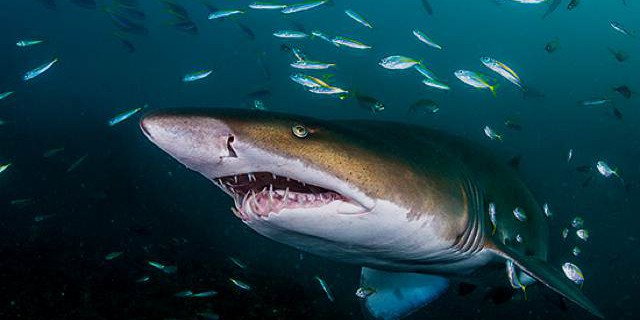 Dragon Rock is an ‘aggregation site’ and a critical habitat for the endangered grey nurse shark, Carcharias taurus.

The docile, harmless grey nurse shark were much maligned in the 1950s & 60s when they were regarded as ‘man-eaters’. They were easy targets for divers and were hunted with spear guns and power heads largely for the thrill of the kill.

Due to hunting, fishing and pollution grey nurse numbers have dwindled to less the 300 in New South Wales where they are now protected. They are an Australian Threatened Species and also protected in Queensland, Western Australia and Tasmania.

Grey nurse sharks are easily identified by their two similarly sized dorsal fins, tail lob and their jagged pointy teeth which give them their fearsome appearance. Grey nurse can reach over 3.5 metres (12’) in length.

Special rules apply when diving with the sharks to help prevent potential negative impact divers may have on the sharks.

Dragon Rock is part of the Tollgate Islands in the Batemans Marine Park just out of Batemans Bay on the mid-south coast of New South Wales.

The Batemans Marine Park hosts an enormous array of wildlife both above and below water, including many species of sea bird and marine mammals including seals and dolphins. Humpback whales visit during their northerly winter migration.

The sharks are more prevalent in the late summer and autumn (January to May) when the water warms up as a result of the East Australian Current.

Encounters with up to ten sharks on a single dive are not uncommon but they mainly appear in twos or threes.

Even when there are no sharks, the diving is still fantastic due to the location’s incredibly diverse marine life.

Staring eye-to-eye with these magnificent creatures is absolutely adrenaline pumping! 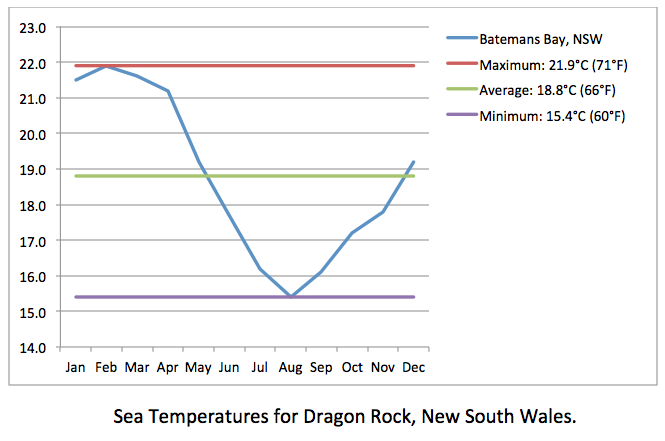 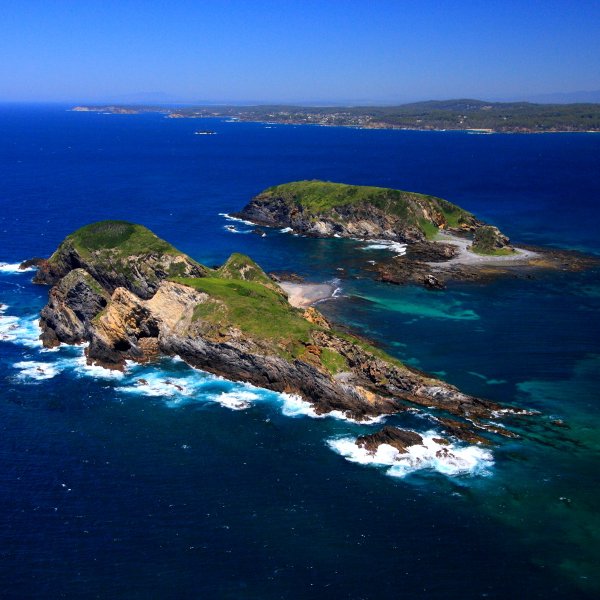 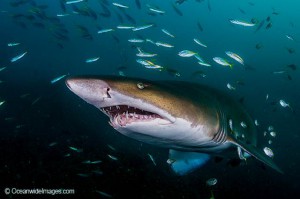 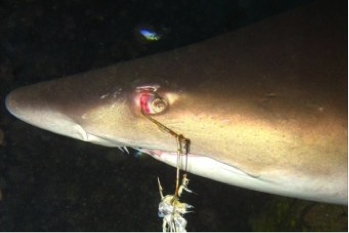