Melbourne’s Port Phillip Bay has its own small but unique population of burrunan dolphins, Tursiops australis.

Burrunan dolphins were first identified as a separate species from the other two species of bottlenose dolphin in 2011 by researchers at Monash University. There are only about 150 individuals, 100 of which are found in Port Phillip Bay and 50 in Gippsland. They usually swim in small pods of two to 30 individuals.

In 2004, Ticonderoga Bay Sanctuary Zone, in the southern end of Melbourne’s Port Phillip Bay, was established as a refuge and protection zone for the Bay’s burrunan dolphins.

Ticonderoga Bay got its name from the Ticonderoga, a vessel on its way to Melbourne from Liverpool in England in 1852.

The discovery of gold in Victoria in 1850, lead to a gold rush resulting in a dramatic increase in ships bringing people to the goldfields. Vessels were often overcrowded, aggravating the incidence of disease.

In 1852, the fever-ridden Ticonderoga carrying over 800 people was placed in quarantine just inside Point Nepean. About 70 people died and were buried ashore on Point Nepean, in what was to become a quarantine station for all new arrivals.

The old quarantine station, now a tourist attraction, lies on the shores of Ticonderoga Bay, between Police Point near Portsea to the east, and Observatory Point just over two kilometres (one mile) to the west.

The area is protected from prevailing southerly winds and it is here an interaction with the Bay’s resident population of burrunan dolphins is most likely.

Although, as a general rule, the Bay’s dolphins are quite shy of scuba divers, they can be encountered while enjoying a gentle ebb tide drift dive between Police and Observatory Points.

A typical drift dive commences on the Police Point sponge gardens in around eight metres (25’) and takes divers over large underwater sand dunes in about 18 metres (60’) to the old quarantine jetty on Observatory Point in about 30 minutes, a distance of approximately two kilometres (1 mile).

However, an interaction with the Bay’s unique dolphins with one of the licensed dolphin swim tour operators, is all but guaranteed. 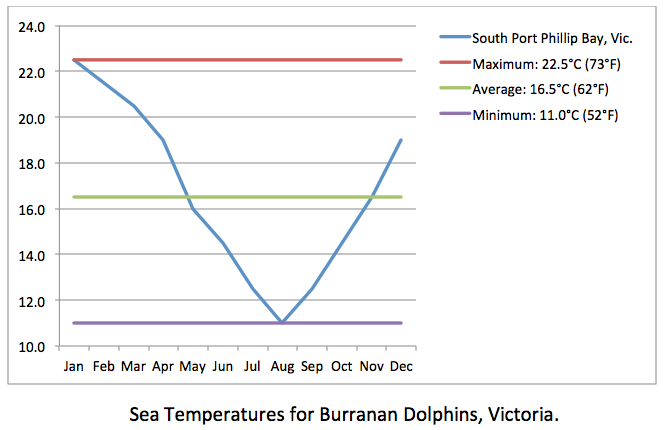 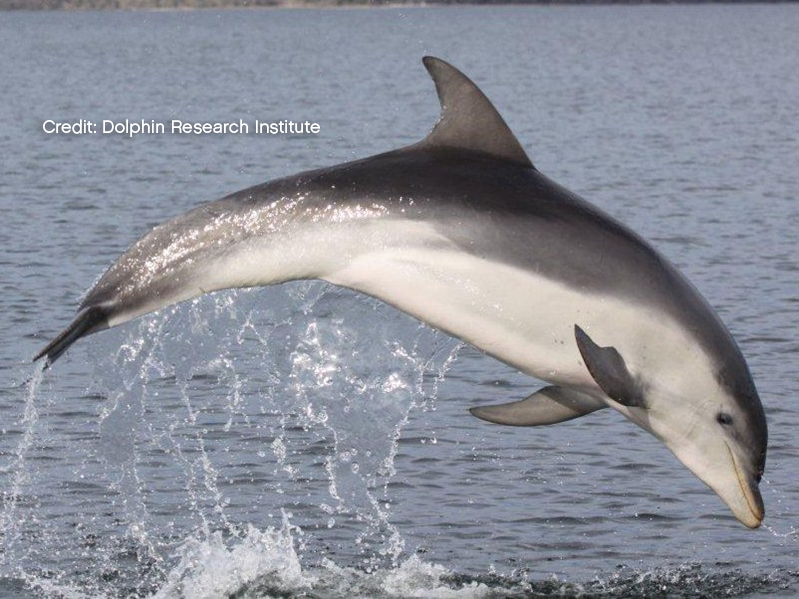 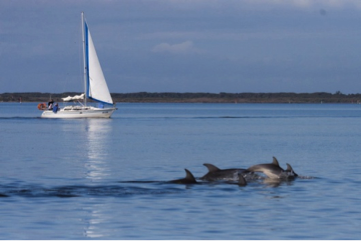 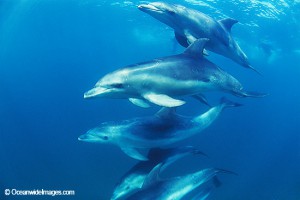 Melbourne for Sorrento/Avalon for Queenscliff