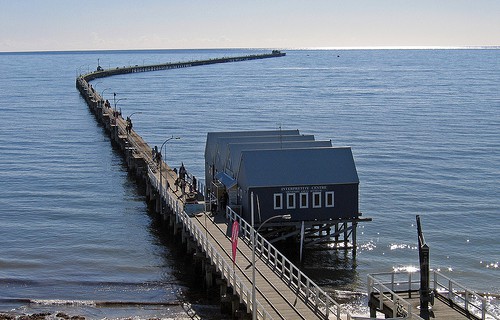 Busselton Jetty, said to be Australia’s largest artificial reef, is the longest wooden pylon jetty in the Southern Hemisphere and supports over 300 marine species.

The jetty extends 1,841 metres (over a mile!) into Geographe Bay off the township of Busselton.

Construction commenced in 1864, the then known Vasse Jetty, resulting in a boom for the local timber industry. Over the years it was continually extended with the last 16 metre (52’) extension to its current length in 1960. It was closed to commercial shipping in 1972.

It has a railway line extending the full length of the jetty which is now used by a tourist train – very handy for visiting divers!

An underwater observatory descending to eight metres (26’) at the end of the jetty was opened in 2003.

Over the years the jetty has been damaged by Cyclone Alby in 1978 and a huge fire in 1999 but the determination of the local people has thankfully ensured the jetty’s preservation.

Busselton Jetty is in the path of the Leeuwin Current which brings in warm nutrient-rich water from the north during autumn and winter each year.

One of the most stunning features of the jetty underwater is the myriad of marine life supported by the thousands of wooden pylons.

Each pylon is covered with a colourful range of invertebrates. The dominant species is delicate red Telesto soft coral displaying millions of pure white polyps interspersed with sponges and ascidians.

The fish life is superb; huge schools of old wives, Australian tailor, buffalo bream, yellowtail, bullseye and trevally utilise the shade provided by the jetty and set the dive a-buzz.

Visits by seals are also not uncommon.

The jetty is protected from ocean swells so the visibility is usually excellent, making it an underwater photographers’ dream.

Busselton Jetty is a kaleidoscope of colour and a night dive under the jetty is an absolute must. 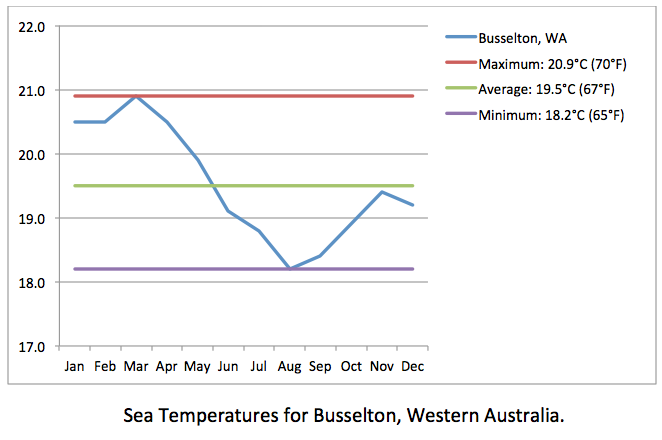 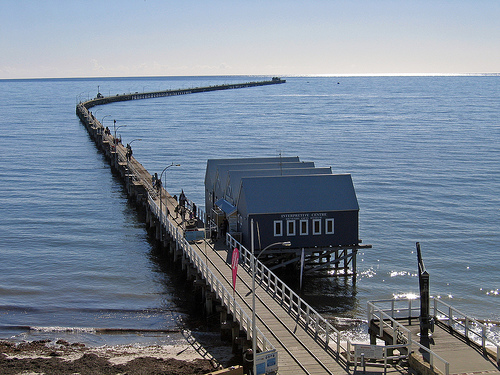 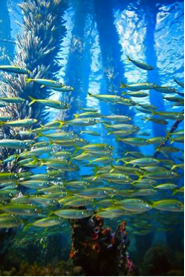 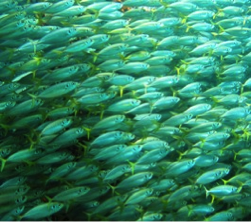 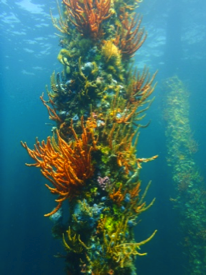 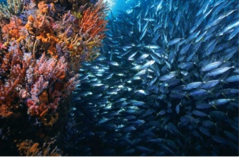 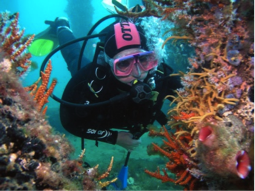 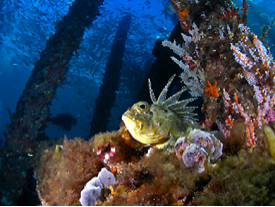 From Perth via Mandurah

From Perth via Mandurah