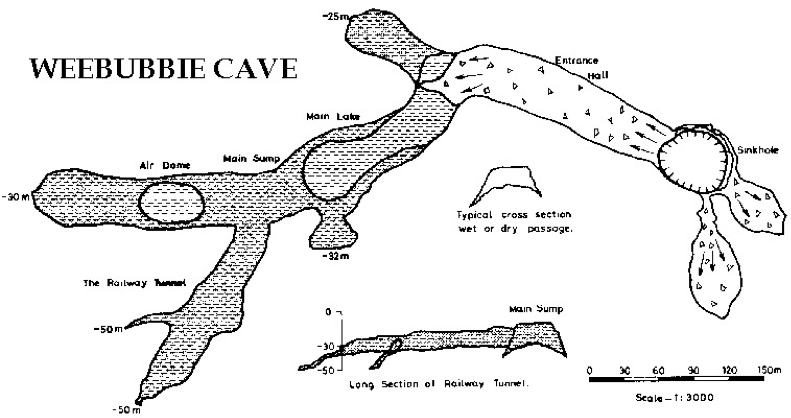 According to aboriginal dreamtime, the deeper caves of the Nullarbor are the home of Jeedara, a water serpent where blowholes are said to be its breath and when angry Jeedara is said to create dust storms.

Weebubbie Cave is one of over 250 caves below the Nullarbor Plain, approximately half way between the cities of Perth and Adelaide.

The area is very isolated and is the world’s largest limestone ‘karst’ (cave landforms) landscape. Some of the Nullarbor caves are the longest and largest in the world.

Nullarbor literally means ‘no’ (nullus), ‘trees’ (arbor) and the ‘Plain’ is about 270,000 square kilometres (100,000 miles) in area; and 2,000 kilometres (1,240 miles) wide, stretching across Western and South Australia north of the spectacular cliffs of the Great Australian Bight, the Southern Ocean and south of the Great Victoria Desert.

Three million years ago the Nullarbor Plain was the sea floor and its limestone is composed of ancient calcareous sea forms such as bryozoans, echinoid and algae. Over time erosion has caused large sinkholes and dolines to form resulting in large underground river systems, lakes, blow holes and caves.

Under the Nullarbor, the lake water (surface water seeping and filtering through the limestone) is crystal clear.

Weebubbie Cave is located on the west side of the Western Australian and South Australia border just near Eucla, once the site of the busiest non-capital city telegraph stations in the early twentieth century. The ruins of the old Eucla Telegraph Station are still visible under the encroaching sand dunes.

The Weebubbie Cave doline is about 95 metres (310’) above sea level and a careful climb down a 45 metre (150’) vertical drop to the cave entrance is required. Inside the cave there are two crystal clear lakes where the water so clear you can be standing in it before you notice!

The smaller lake is 28 metres (90’) deep and the larger lake leads to a dome-shaped air space with a large off-shoot known as the Railway Tunnel. The spectacular Railway Tunnel is over 150 metres (500’) long and more than 40 metres (130’) deep.

Diving Weebubbie Cave is a major expedition and as such, requires training, planning, appropriate equipment and very careful execution.

Other great caves to visit while you are there:

Dive Services:    None in the area, self-sufficiency is an absolute must! 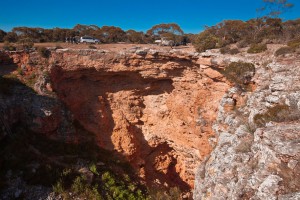 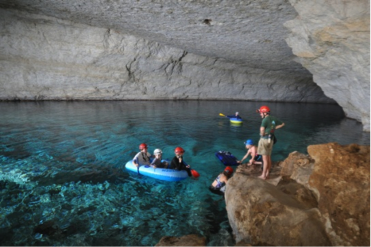 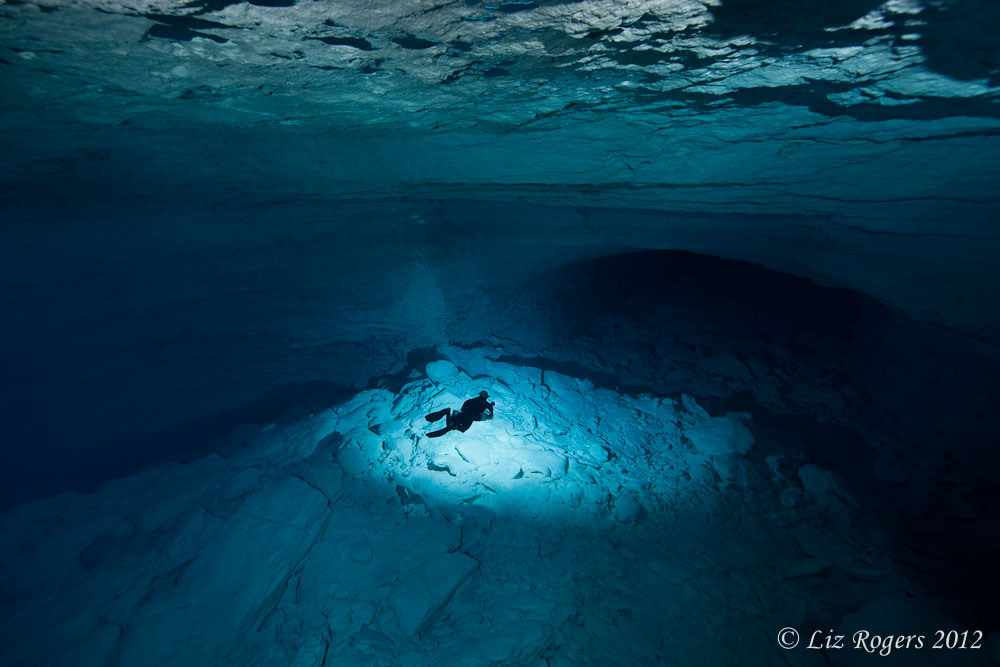 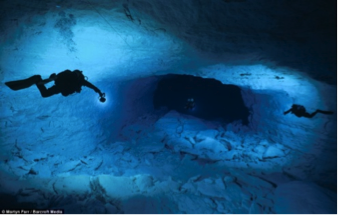 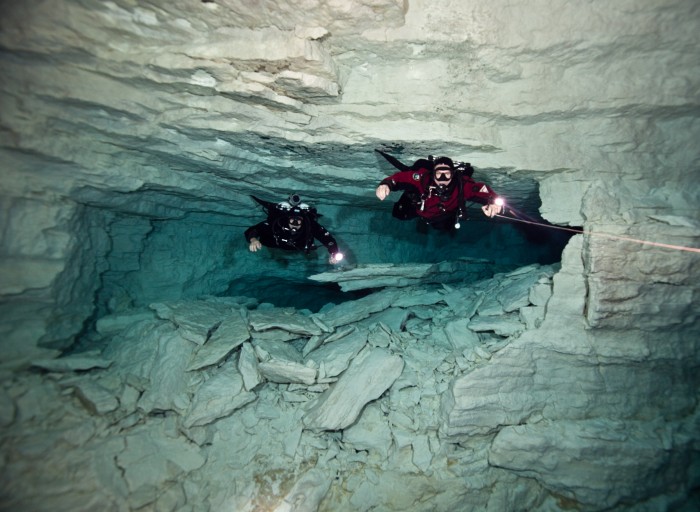 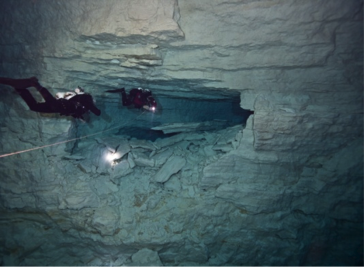 Eucla – not a commercial airport