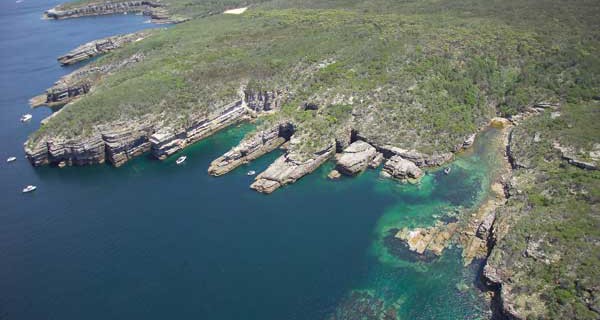 of snorkelling sites inside Jervis Bay.

Jervis Bay has been a ‘Mecca’ for Sydney and Canberra scuba divers since the early 1970s.

Only two hours south of Sydney by road, Jervis Bay has dozens of top quality all weather dives sites to suit both beginners and more experienced alike.

Jervis Bay is a territory of the Commonwealth of Australia and was handed over by the New South Wales Government in 1915 to give Australia’s national capital, Canberra, access to the ocean.

In 1971, a proposed nuclear power plant for Jervis Bay was abandoned shortly after construction had commenced. The Murray’s Beach boat ramp and car park are located on the site excavation.

Much of Jervis Bay is now protected by national park and in 1998 Jervis Bay Marine Park was formed to protect its diverse marine life.

Underwater the rocks are covered with algae and invertebrate marine life and as the depth increases the algae is replaced by sea tulips, delicate jewel anemones, zoanthids, and sea whips.

Humpback whales, dolphins, sunfish and fur seals are regularly encountered and Jervis Bay is renowned for giant cuttlefish between February and August which can grow up to a metre (4’) in length and weigh 10 kilograms (22 lbs).

The Arch is a spectacular underwater rock bridge located outside the bay about one kilometre (0.6 miles) on the northern ocean side of the bay’s entrance known as Point Perpendicular, which rises 75 metres (250‘) above sea level.

The flat top of The Arch is around 24 metres (80’) and the underside is literally covered with jewel anemones, providing protection for beautiful eastern blue devils.

The boulders on the bottom, and the ocean floor, are covered with colourful sea whips, sea tulips, gorgonian fans, soft corals, whip anemones and sponges waving gently in the current.

Port Jacksons and wobbegongs can be encountered resting on the bottom and fish life can be quite spectacular, particularly when large schools of pelagic, such as yellow tail kingfish, buzz by.

Diving The Arch can be tricky during summer due to the prevailing easterly winds but there are plenty of fantastic alternative dive sites inside the Bay. 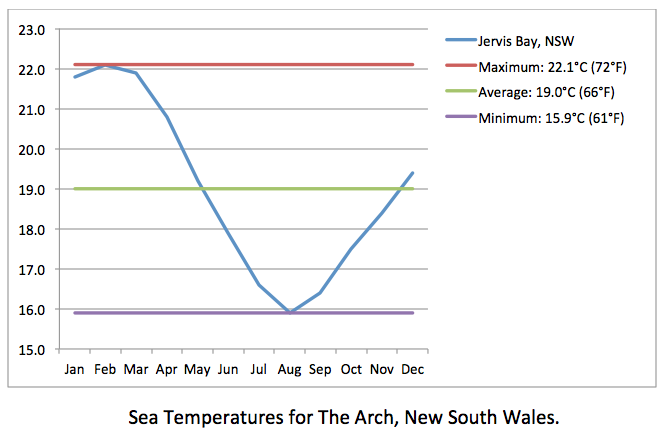 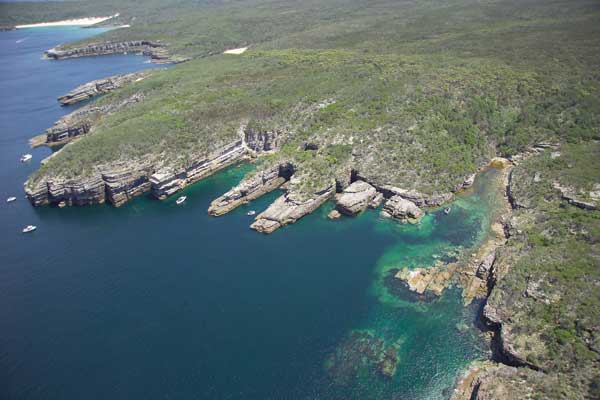 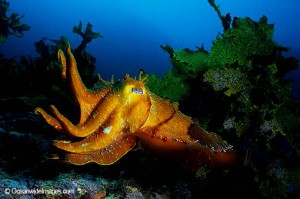 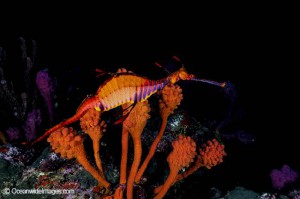 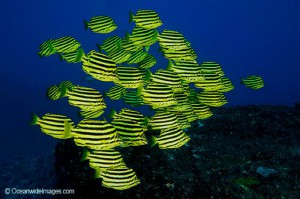 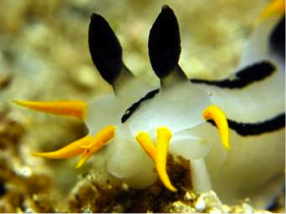 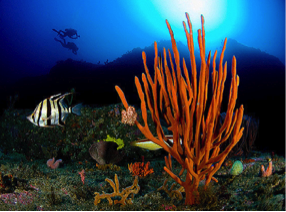 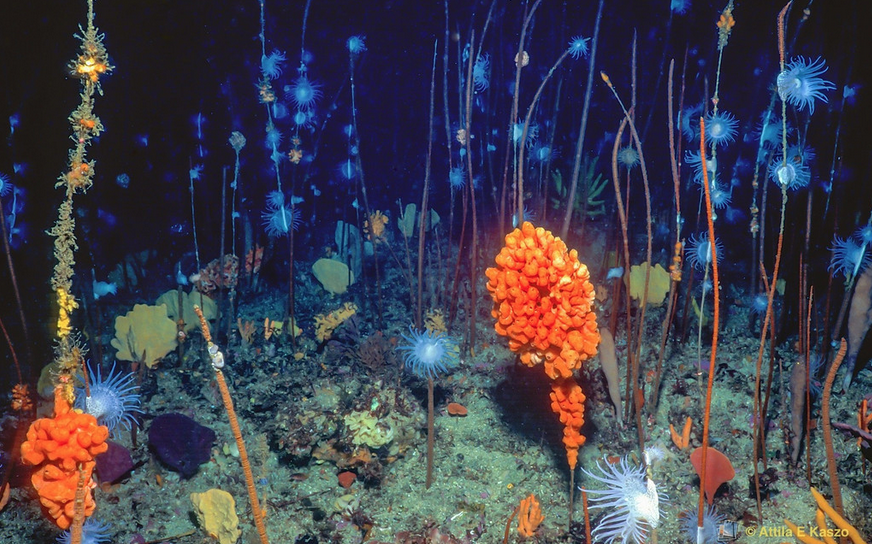 From Sydney to Bomaderry then bus to Huskisson