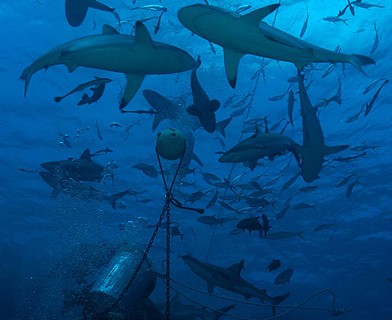 “You haven’t dived unless you have done a shark feed!”

Remote Osprey Reef is located in the Coral Sea on the outer Great Barrier Reef, 350 kilometres (220 miles) from Cairns and only accessible via a live aboard vessel.

The location of Osprey Reef attracts an enormous variety of pelagic fish including dogtooth tuna, mackerel, rainbow runners, plus huge schools of barracuda and trevally. The fish life is awesome.

Osprey is also famous for pelagic octopus and nautilus.

Reef walls are covered in delicate soft corals and gorgonian fans, some two metres (6’) in diameter.

Numerous reef sharks including silver tip and grey reef sharks are the highlight of a trip to Osprey and a natural amphitheatre at North Horn is where all the adrenalin-charged action takes place.

Safety is of paramount importance. Strict Queensland Government guidelines require shark food to be sealed in a bin and carried by tender so the sharks do not associate the food source with the dive boat. Divers are also not allowed to move around until the feed is over and the feed bin has been removed.

Observing divers are also securely stationed with backs to the amphitheatre wall in around 12-15 metres (40-50’).

Once the food is released, the ensuing shark frenzy is joined by large potato cod, moray eels and other well-known fish species, all violently fighting for morsels. The power generated by these predators as they hustle each other for a bite can be felt many metres away.

A word of warning – make sure you monitor your air, you will be surprised what a rush of adrenalin can do to your air consumption. 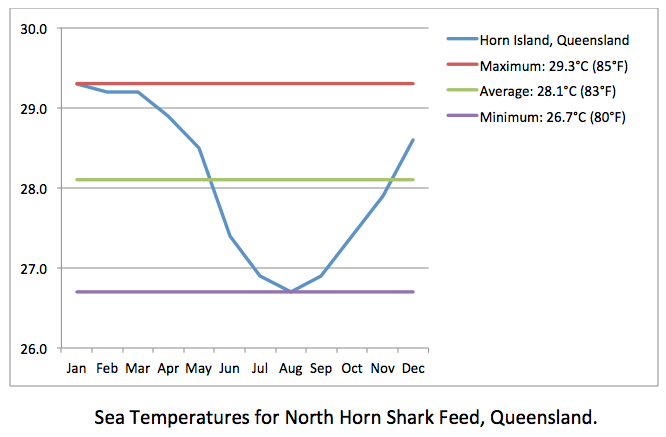 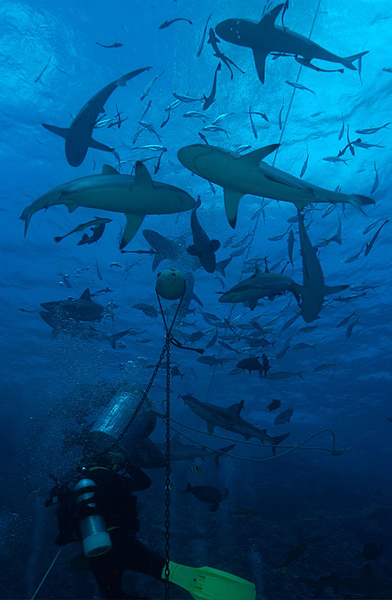 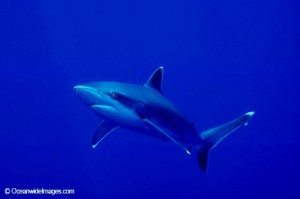 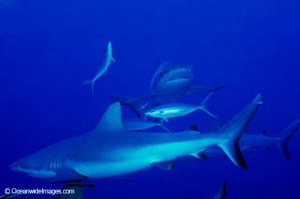 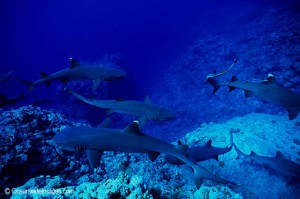