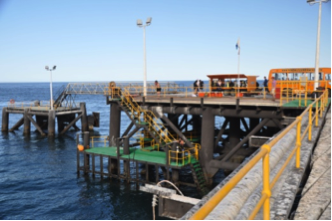 The Exmouth Navy Pier is arguably the best jetty dive in Australia, if not the World!

It is located on Western Australia’s remote North West Cape off Point Murat in the Ningaloo Marine Park, just a short distance from the township of Exmouth.

Harold Holt was the Australian Prime Minister when he disappeared while spear fishing off the back beaches of the Mornington Peninsula in Victoria in 1967.

The pier is still a working defence facility and for security reasons diving can only be accessed by a local licensed operator for divers with positive identification such as a passport or drivers license.

There are over 200 identified fish species under the pier and, to protect the amazing diversity of fish life, all dives must be guided and no fishing is allowed off the pier.

The pier supports huge schools of fish such as sweetlips, barracuda and trevally, and solitary species like giant Queensland groper, grey nurse sharks, tasselled wobbegongs and white tip reef sharks, and it is not unusual for a visit by a whale shark during the whale shark season.

It is hard not get carried away with the abundant fish life but a close look will reveal an incredible array of delicate corals and other invertebrate life including colourful nudibranchs.

Inquisitive sea snakes foraging for food will often follow divers as their fins stir up the bottom.

Due to the area’s large tidal range resulting in strong currents, the Exmouth Navy Pier can only be dived at slack water which occurs for 30 minutes at the top and bottom of the tide.

Tidal access limits diving activity and is another reason why the Navy Pier maintains its fantastic and diverse biomass.

The Exmouth Navy Pier is a great night dive too! 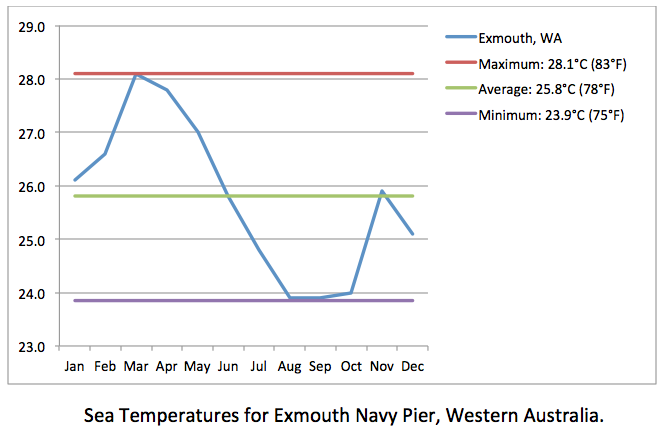 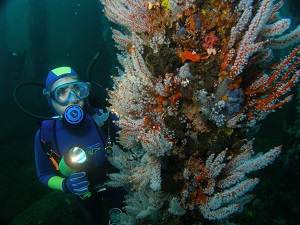 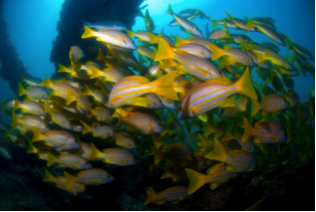 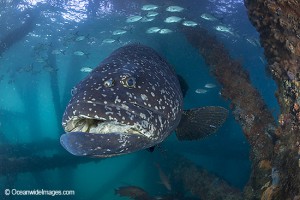 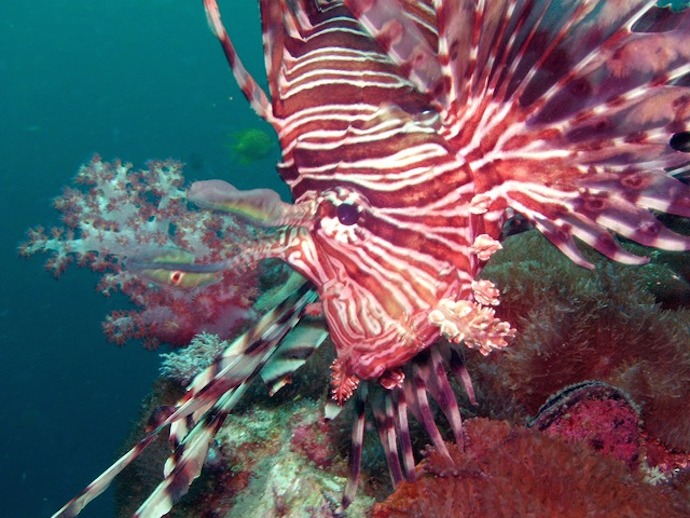 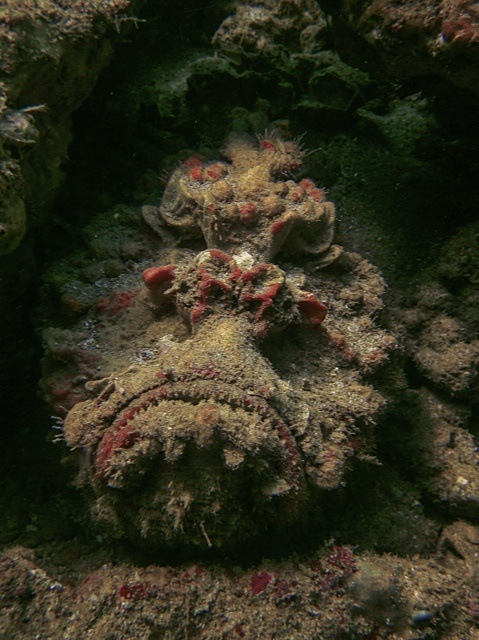