Darwin Harbour is a mecca for wreck diving enthusiasts where over 20 wrecks, including six Catalina flying boats, lie on the bottom waiting to be explored.

The wrecks are a result of Japanese air raids during World War II, Cyclone Tracy in 1974, and deliberate scuttlings.

Mauna Loa was launched on the west coast of America in 1919 as the SS West Conob, renamed SS Golden Eagle in 1928, and in 1934 renamed again to SS Mauna Loa.

In 1941 the Mauna Loa USAT was charted by the US War Department to carry supplies to American forces in the Philippines and found herself in Darwin Harbour when the Japanese first attacked during World War II.

The Japanese raid on the morning of 19 February 1942 by 188 planes launched from aircraft carriers and another 54 land-based bombers caused havoc. It was the first and largest attack on Australia during the war.

The first two Darwin attacks were planned and led by the same Japanese commander who led the attack on Pearl Harbour 10 weeks earlier, and Darwin was to endure another 63 Japanese raids during World War II before the final raid in November 1943.

During the ‘Battle for Darwin’ over 240 lives were lost and hundreds were injured. Three warships (USS Peary, USAT Meigs and HMAS Mavie) and five merchant ships were sunk, and another 10 ships were damaged. There was also extensive damage to Darwin’s RAAF base, airfield, army barracks and oil stores.

In the first attack two bombs landed in an open hatch at the stern of the Mauna Loa resulting in the deaths of five crew. The other 33 crew members were safely evacuated to shore.

Mauna Loa sank in 18 metres (60’) of water and the top of the ship was clearly visible until salvage crews, ironically Japanese, removed the superstructure in 1960. The salvage operation left the cargo holds exposed and debris strewn over the bottom.

The marine life supported by the wreck is exceptional, particularly the corals, some of which are deep water corals growing on the wreck due to the low visibility.

The best time to dive the wreck is during the dry season at the top or bottom of the neap tides at slack water.

Mauna Loa is a memorial to the lives lost during the Darwin raids and is a protected historic wreck, so please ‘Look but do not touch.’

A word of warning, stonefish are prevalent in Darwin Harbour, so take care when on the bottom! 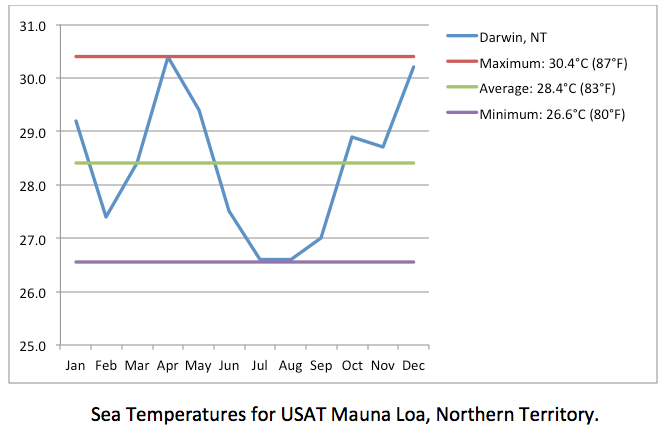 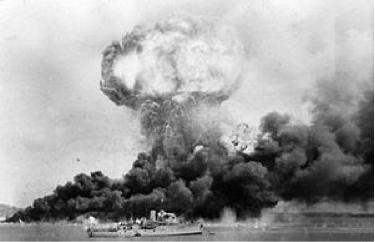 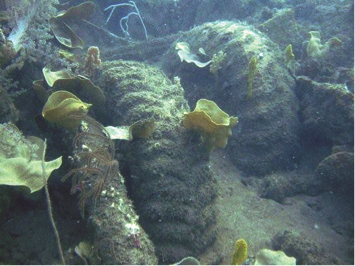 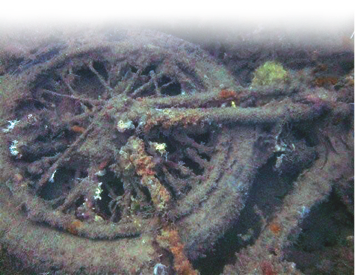 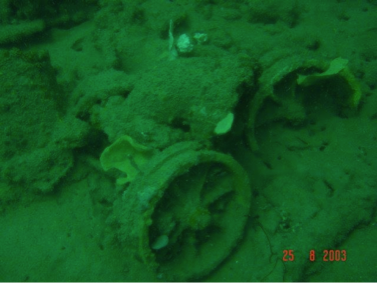 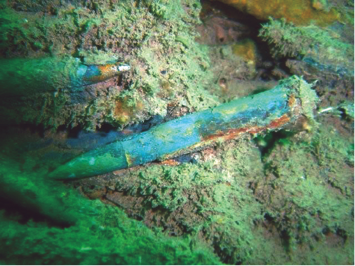 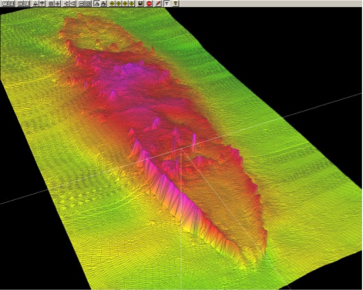 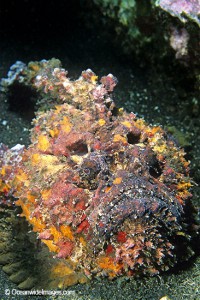 From Adelaide or Broome

Adelaide to Darwin (The Ghan)