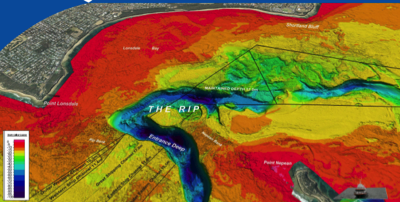 Melbourne’s Port Phillip Bay formed around 8,000-6,000 BC and its narrow entrance was the mouth of the Yarra River as it entered Bass Strait.

Today the river mouth is further north in Melbourne but remnants of the old river form spectacular underwater walls in the south end of the Bay, near the entrance known as the ‘Heads’ or the ‘Rip’.

The first of these walls is Portsea Hole, just off Portsea to the north east of the Heads, where the wall ranges in depth from 14-27 metres (46-90’). Portsea Hole is a marine park and boasts an amazing array of fish life. Consequently, it has been a Melbourne favourite for over 40 years.

The south side of the canyon is called Nepean Wall. Lonsdale Wall is to the west, starting in the north at Boarfish Reef and ending in the south west at Fog Reef. Lonsdale Wall runs for some three kilometres (2 miles) and hosts dozens of spectacular dive sites.

The top of Londsale Wall starts in eight metres (24’) and within a short distance rapidly drops to depths in excess of 40 metres (130’).

As the wall gets deeper there are terraces with huge undercuts that support an emormous array of invertebate life including corals, sea spiders, nudibranchs, sponges and ascidians.

Spectacular blue devil fish are prevalent in the ledges at around 18 metres (60’).

Divers need to be careful, the next terrace down may appear not so far but before you know it, you are unintentionally in very deep water.

Because of the strong currents caused by tidal flow, dive times for Port Phillip Heads’ dive sites are usually limited to 20-30 minutes slack water. Slack water is half way between high and low water, every six and a quater hours.

Lonsdale Wall and the other great Port Phillip Heads’ dives, can be accessed from either Queenscliff or Portsea. 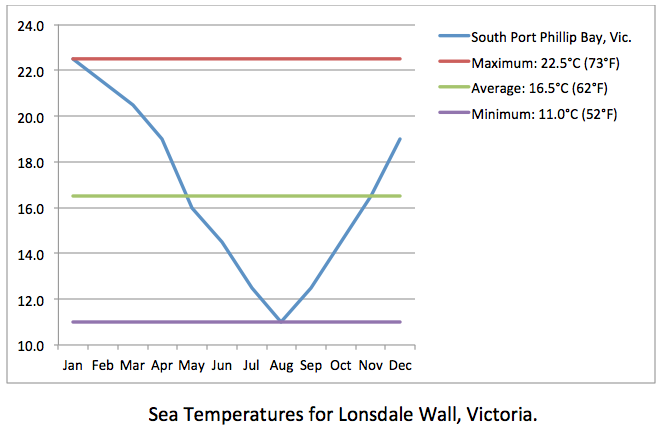 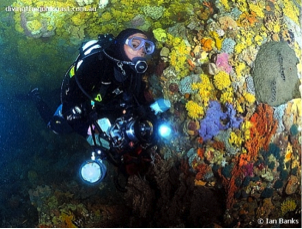 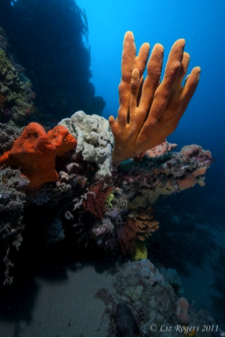 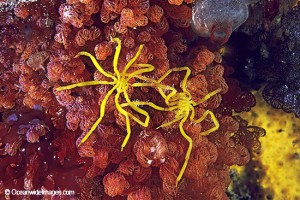 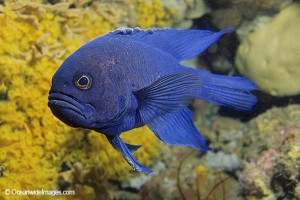