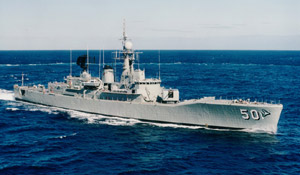 Ex-HMAS Swan was scuttled on the morning of 14 December 1997 in front of over 10,000 spectators. She was the first of six former Royal Australian Navy ships to be deliberately sunk for recreational diving.

Preparation for the scuttling took 12 months, during which time diving hazards were removed and light penetrating access points were created to allow easy, safe diver access.

Ex-HMAS Swan now sits upright on her keel in 30 metres (100’) of water just off Meelup Beach near Dunsborough, 250 kilometres (155 miles) south of Perth. Her location was chosen to protect the wreck from prevailing southwesterly winds and ocean swells.

The wreck provides spectacular diving where divers can explore the many nooks and crannies of the well-presented wreck, or simply admire the marine life she now supports.

Much of the superstructure, including her forward gun turret and main mast, is still intact and supports an emormous array of fish life.

Unlike other scuttled ex-navy ships, Swan was not completely gutted and the galley, laundry and operations room are still readily recognisable

More experienced divers are able explore the deeper waters and enjoy safe penetration into the bowels of the wreck.

Large schools of Bullseyes inhabit the inner spaces of the wreck and other fish such large Samson fish, sweep and blue devils are prevelent, not to mention the odd wobbygong shark.

HMAS Swan is large and well preserved, and it takes several dives to absorb her unique character. 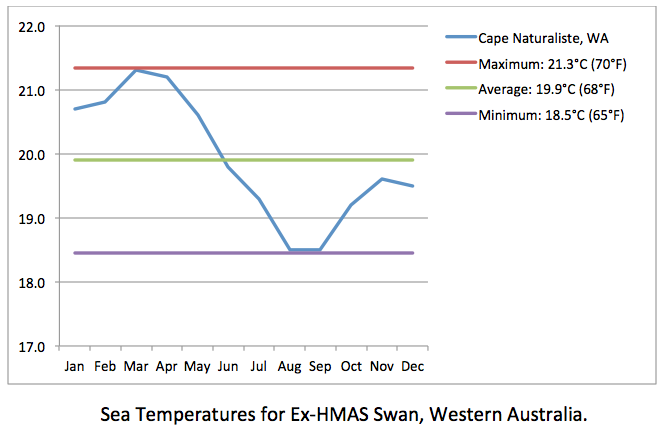 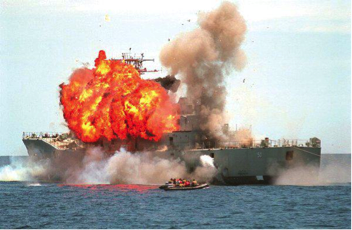 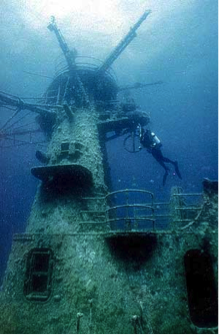 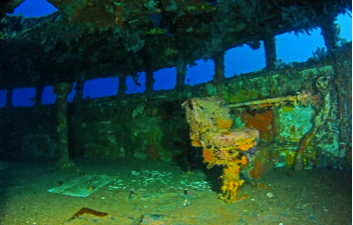 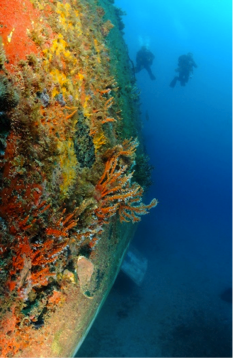 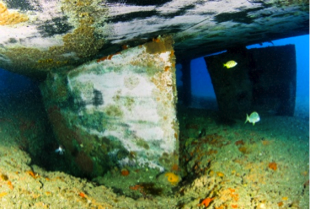