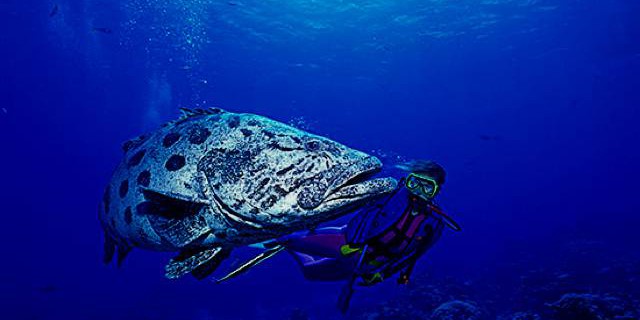 The Great Barrier Reef is the world’s largest structure built by organisms and is visible from outer space.

The Great Barrier Reef has been a World Heritage Listed site since 1981.

In far north Queensland, commencing about 60 kilometres (40 miles) from Cairns there is a network of long narrow reefs running for 600 kilometres along the edge of the Continental Shelf called the Ribbon Reefs.

The Ribbon Reefs are named by number, starting at Number 1 in the south and ending with Number 10, in the north.

They are generally only accessible by live aboard vessel, although some operators have sea planes that rendezvous with their charter vessel.

Famous for its resident potato cod, Epinephelus tukula, which are large, inquisitive and sometimes aggressive. They can grow to over 2.5 metres (8’) and weigh an impressive 110 kilograms (240 lbs).

Potato cod, also known as potato grouper and potato bass, are native to Australia but can be found in other Asian countries.

Underwater, they are easily approached and make great subjects for underwater photographers.

The Cod Hole is a ‘mega’ fish experience because the potato cod are often accompanied by huge Maori wrasse.

The isolation of the Cod Hole means there is a huge variety of other tropical marine life including giant clams, white tip reef sharks and thousands of smaller coral reef fish. 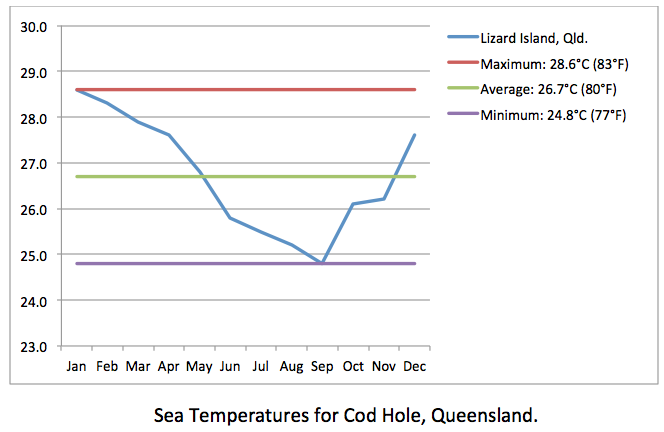 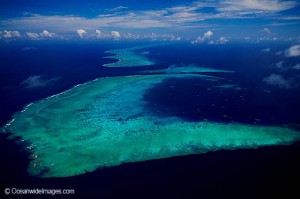 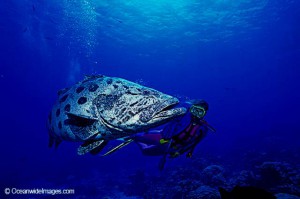 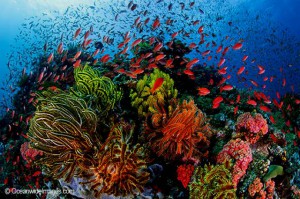 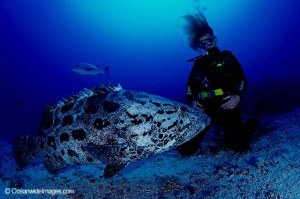 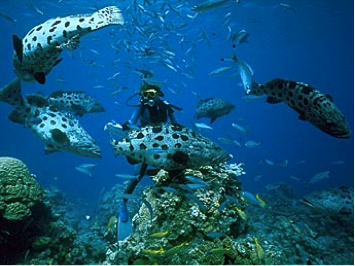