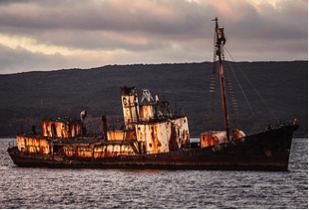 The last whaling station to cease operations in Australia was the Cheynes Beach Whaling Company in Albany, Western Australia.

Although hunting humpback whales was banned in 1963, the company continued to hunt other species of whale. The last whale caught by the company was a female sperm whale.

Sadly, the company was responsible for the destruction of 14,600 sperm whales and 1,500 humpback whales in its 26 years of operation.

The whale chaser SS Cheynes IV has been preserved as an exhibit at the Albany’s Historic Whale Station museum and in the early 1980s local diving identity, Les Bail, arranged to have the ship scuttled as a dive site.

Cheynes III was the first ship deliberatley scuttled for recreational scuba divers in the Southern Hemisphere with over 1,000 divers visiting the wreck in the first 12 months.

She now lies on sand in 22 metres (72’) of water just off the sheltered western side of Michaelmas Island in the King George Sound. The wreck is upright, listing slightly to port (the left) and has broken in two. There is a permanent mooring to facilitate easy and safe descent and ascent.

The hulk supports huge schools of bullseye and is regularly visted by pelagics such as trevally, Sampson fish and the odd tuna. More sedentry fish such as western blue devils, Queen snapper, harlequin fish, and blue groper also make the wreck their home.

The rare and hard to spot, leafy sea dragon, can also be found close by the wreck site.

Much of the superstructure is still present and is covered with sponges, colourful soft coral fans and sea stars. The sides of the wreck are carpeted with sea squirts (ascidians) and the rudder and propeller are well worth a visit. 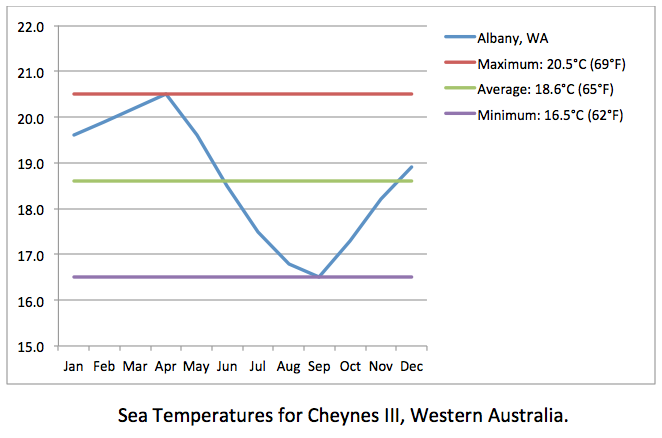 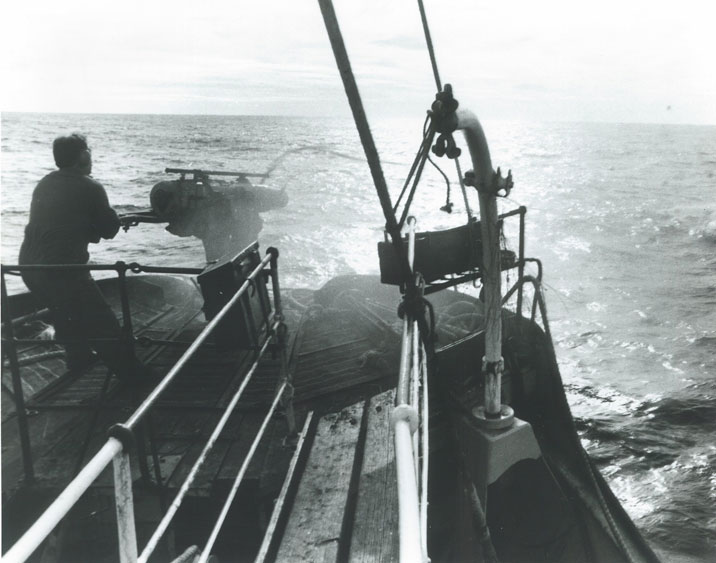 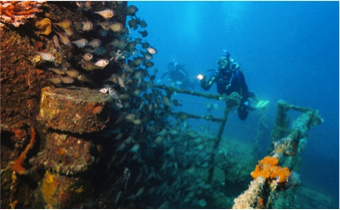 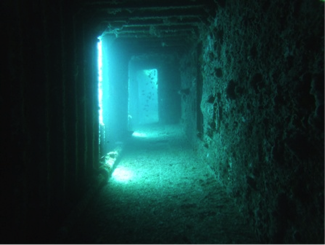 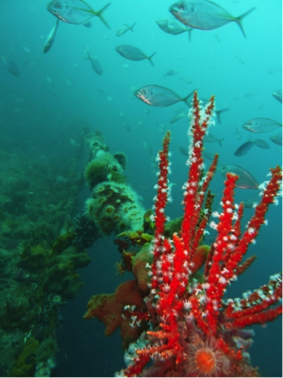